If we stand still, we go backwards

Jake Archibald (@jaffathecake) wrote a really fantastic piece about progress and the Web, in response to a post by PPK (@ppk) called Stop moving the Web forward. PPK is concerned about the flood of features for Web developers to wrap their heads around and proposes a moratorium on new browser feature development for a year so that everyone can catch up.

While I share the general sentiment around feeling overwhelmed by technology (which I addressed in a recent talk), I really like how Jake counters:

The Web’s capabilities are many, and no individual is going to master it all. I’m reminded of the image of the Web visualized, which shows how immense and interconnected it all is: 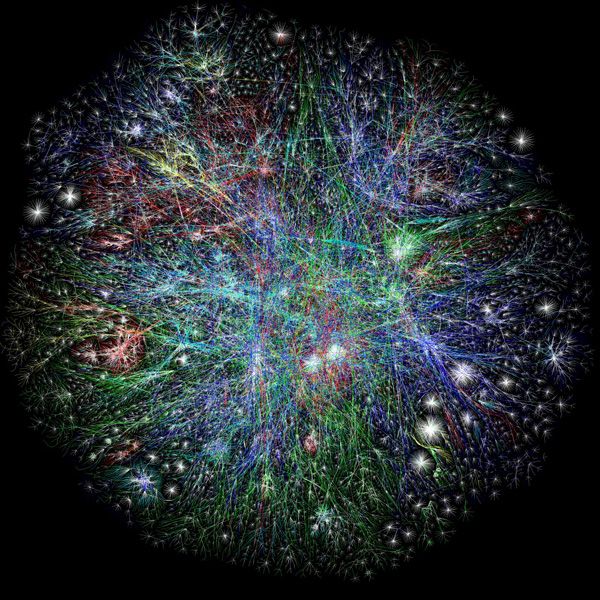 Sometimes new web designers and developers get in touch with me, and often ask how to get started, what technologies to focus on, and so on (it’s overwhelming for industry veterans, so just image how someone just starting out feels!). I like to say learn the fundamentals, expose yourself to as much stuff as you can, and find the stuff that turns you on. Focus on those skills/features/disciplines you gravitate towards, and use that momentum to develop the rest of your T.

At the end of the day the Web is bigger than any one of us. And while it’s terrifying to think things are developing at a breakneck speed, I’m comforted by the fact that no single person has all the answers.